Villa Cenami is a small, family run agriturismo located on a hilltop just outside of Viareggio.

The main Villa and guest apartments are surrounded by the olive groves which the family works on year round and then harvests the olives in late fall to make delicious olive oil.

The terraced citrus garden, full of orange and lemon tress is the only one of its kind in the area.  If you visit in late March of April you can enjoy all the fresh squeezed orange juice you can drink.

The pool is the highlight of summer visits, large and accommodating it has views of both the mountains behind and the seaside in the distance.

Villa Cenami, previously known as Villa di Conca, took its current shape in the 18th century when the Cittadella Family enlarged a modest country house, originally built in 1100 and used as a pilgrims hostel on the way to and from Rome.

Today we see Villa di Conca after a major refurbishment in 1800 by the Mazzarosa Family. Several elements, such as the stone courtyard, the stone windows frames and the overall elevation (four stories high) recall the classical lucchese country-side manor style of 17th and 18th centuries.

In the 19th century the Cenami family inherited the Villa and its estate.  Since then called Villa Cenami, it remains at the centre of a vast agricultural estate. The property is home to a large olive grove.  Each October the olives are harvested and Villa Cenami presses and bottles it’s own olive oil.  The oil is then distributed throughout the family with a large quantity set aside for purchase by our guests.  Now that is truly boutique olive oil!

Older in its style and build is instead the Romanic Chapel, whose original complex dates to the 12th century. The Villa was once used as a monastery and as such the chapel was an important part of the property. The church was dedicated to San Lorenzo, and is known today as San Lorenzo di Conca Sotto, remaining the eldest building in the surrounding area.  The chapel still stand adjacent to the apartments and was furbished in 2007 for the baptism of the current owners’ great grandson.

Although previously a summer home for the family, the current owners, Count and Countess Cenami, have chosen to stay year round in the main Villa.  Driving through the main gates and taking in the view as you cross in front of the main Villa you can see why they would choose to make it their permanent residence. 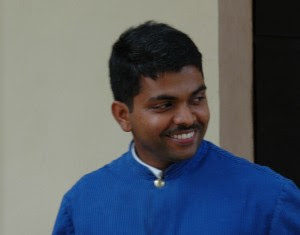 Jentil, our Property Manager, has an incredible amount of knowledge about the property. Be sure to find him during your stay and ask about the history of the property or to see the chapel. Should you visit during the olive harvest, Known for his friendliness, he is always willing to lend a helping hand should you need it. Throughout the year Jentil cares for our gardens and olive groves, and in October helps lead the harvest of olives and the production of fresh oil.

Courtney, originally from Virginia in the United States, has been living and helping out at Villa Cenami since Spring 2007.  Of course fluent in English, and now also Italian, she is a good source of tourist information. She is available throughout your stay or via phone or email in advance to help you plan the perfect vacation. Whether it be a restaurant recommendation, advice on getting around Florence or directions to the nearest supermarket, she is the one to help.